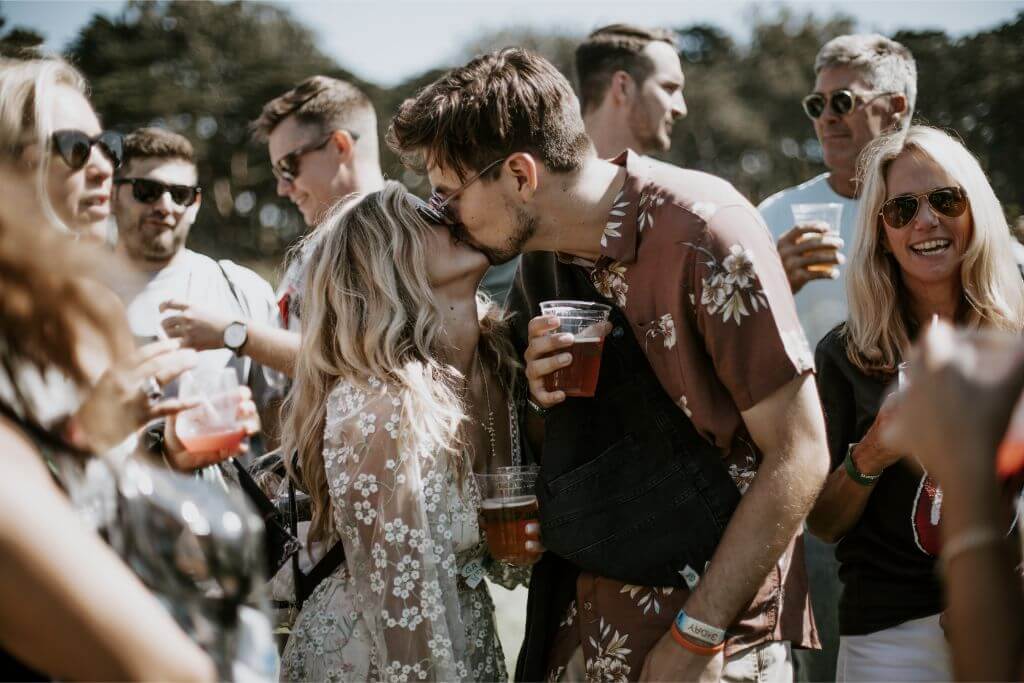 San Francisco is a very special place for Dylan + Cailey.  The two of them began a tradition in 2015 of visiting San Francisco every year to attend the Outside Lands Music Festival.  Over the years, their annual trip grew to include dozens of their closest friends.  The music festival soon became an event that they would all look forward to each year — an entire weekend of music, dancing, and friends that just gets better every year.  Each of their parents also had important moments in the city, making San Francisco an extremely special place in Dylan + Cailey’s hearts.  So, when they made the announcement to their bridal party that they were flying to celebrate their bachelor and bachelorette parties in San Francisco, no one was surprised.  However, they were soon to be very surprised to find out that they were in San Francisco for a little more than a party.